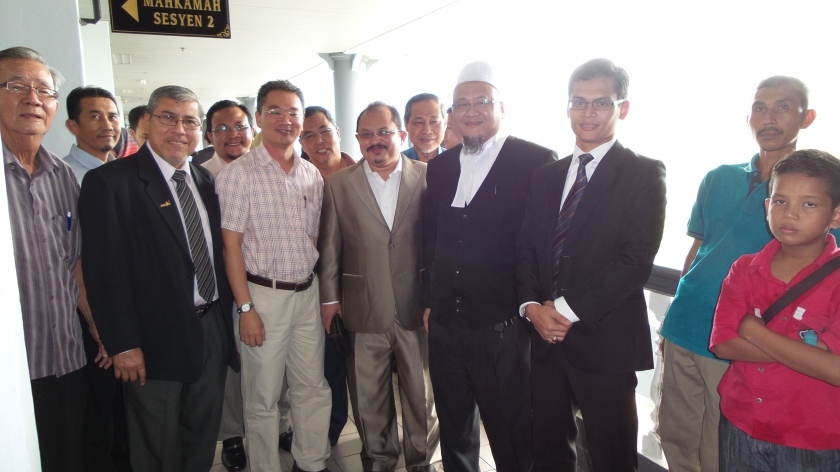 The Election Court here today set Sept 5 to decide on preliminary objections by respondents in the petitions for the Bukit Katil and Bukit Baru seats which were won by PKR and PAS in the 13th general election.

Judge Datuk Hue Siew Kheng made the decision after hearing the oral and written submissions by the respondents concerned.

The petitioners were former Melaka Chief Minister Datuk Seri Mohd Ali Rustam and Karim Yaacob, from Barisan Nasional (BN). The filed the petitions on June 11 this year seeking to nullify the 13th general election results for the Bukit Katil and Bukit Baru seats.

In their submission, Shamsul Iskandar and Md Khalid, represented by lawyers Yusof Rahmat and Zulkhairi Ab Aziz, said the alleged misconduct during the general election as claimed by the respondents were “trap” as there was no mention of any names and time, but only the place where it was alleged to have been committed.

However, Mohd Ali and Karim, represented by lawyers Rosfinah Rahmat and Mohd Adli Ithnin, contended that they were matters of evidence which needed not to be submitted during the preliminary objection stage.

Meanwhile, Rusnani and the EC, represented by senior federal counsel Effandi Nazila Abdullah and M Kogilambigai, said they were not involved in the grounds submitted in the petition.

In the 13th general election, Mohd Ali, who was the BN candidate for the Bukit Katil parliamentary seat, lost to Shamsul Iskandar with a 5,447-vote majority, while Karim, the Melaka BN Youth leader, lost with a slim majority of 48 votes to Khalid for the Bukit Baru state seat. – Bernama, August 22, 2013.